Photovoltaic and rail transport: where we stand 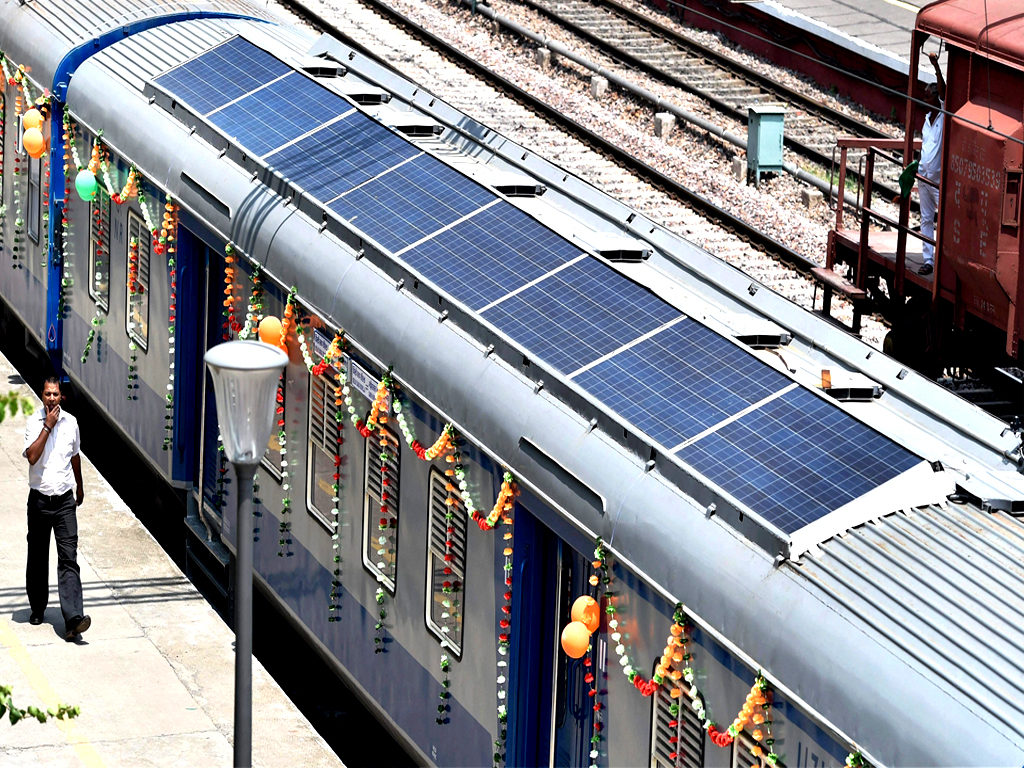 This is a project started by Trenitalia almost fifteen years ago: applying photovoltaic modules on the roof of the trains to generate enough energy to power the on-board services such as air conditioning, lighting, security services and pantograph elevators. Pvtrain, as easily understood, is the abbreviation of PhotoVolaic Train and represents the first attempt in Europe to exploit solar energy in the railway sector. It is estimated that for every kWh of energy produced, photovoltaics determine 750 grams of CO2 less in the atmosphere, without forgetting that the constant flow of energy extends the “life” of the accumulators mounted on the trains. 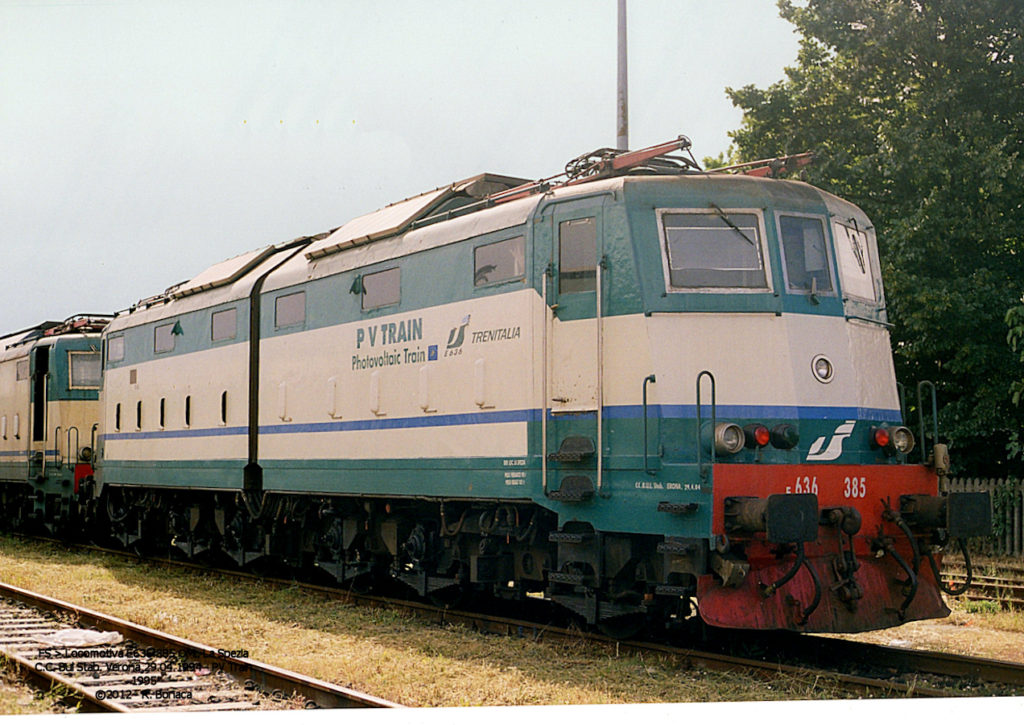 Vili, the only train completely powered by solar energy

It is not a train like the ones we are used to seeing on the platforms of our railway stations but Vili is in effect the only train currently completely self-powered by photovoltaic panels mounted on the carriages. We are talking about a small tourist train that unites two localities within a reserve near Budapest completely fed by the photovoltaic panels installed on the roof and whose maximum speed does not exceed 25km / h but it is however what represents an important example of applicability of solar energy in the railway sector. 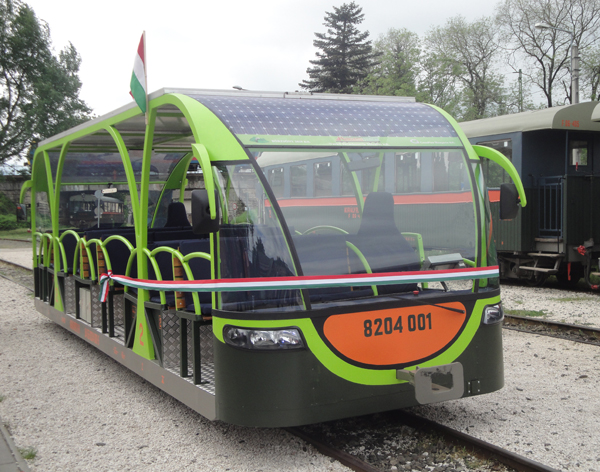 The 1600 HP DEMU is already a reality, the first Indian train equipped with photovoltaic panels capable of meeting the energy needs of lights, displays and on-board ventilation systems. A further 250 trains will be gradually integrated with the same power supply system that, using an MPPT solar charge controller and a 120 Ah battery, is able to accumulate energy that can be spent even at night. According to Indian Railways, this project will save 9,000 kg of CO2 and 21,000 liters of diesel on an annual basis. 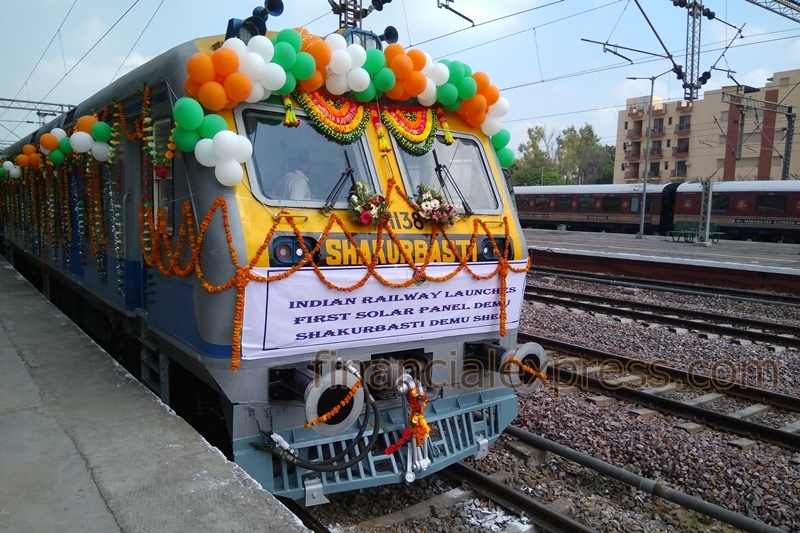 The United Kingdom also has a solar railway line

South West Railway (SWR) and Riding Sunbeams have installed a photovoltaic power supply system at Aldershot station, in the English county of Hempshire. The plan, which only took place last August, consists of 135 photovoltaic panels installed on trains abandoned along the line that feed the energy collected directly into the network. In this initial phase the system is able to power only lights and signaling devices but what really counts for the companies involved is the data collected, with which we expect to arrive soon to develop a technology capable of conveying energy solar in locomotive traction systems. 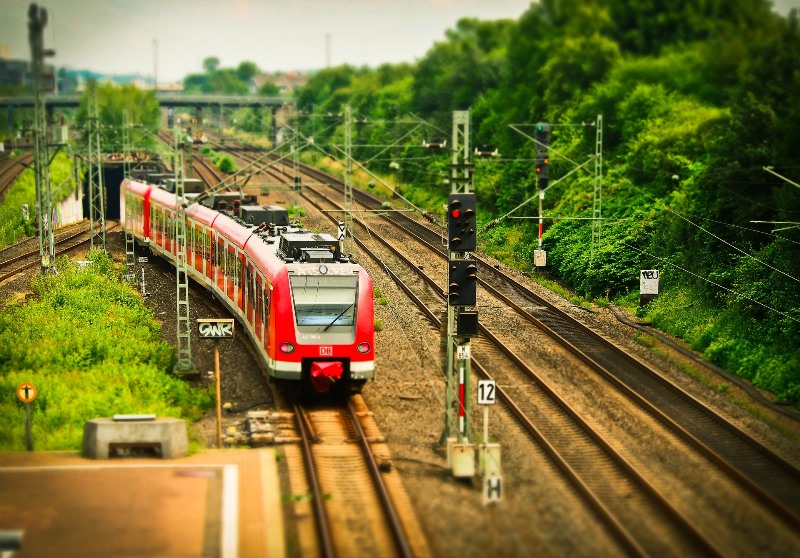 Solar train for surfers in Australia

The Byron Bay Railroad Company has set up a solar-powered train for tourists and surfers who travel the 3km of tracks between the center of Byron Bay and the Elements resort and which you can read more extensively in our article from last September.