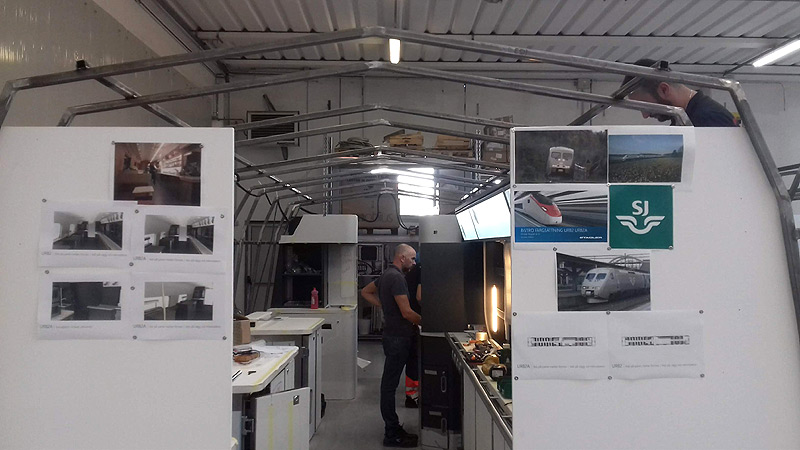 Multi Rail supply for the new onboard train bistro of X 2000 fleet for Sweden’s SJ in cooperation with Stadler.

X 2000 is a train operated by SJ in Sweden launched in 1990 and repainted grey as of 2005. There is a bistro on board that serves snack bar-style dishes. All trains are equipped with Wi-Fi for passenger access to the Internet and have been fitted with repeaters to improve mobile phone reception. SJ is renovating all its X2000 trains in the coming years. All furnishings are replaced, such as chairs, toilets, floors and ceilings. The SJ X2000 trains also get a new bistro and new technology, replacing all technical systems, which means that operational reliability increases further and provides faster travel time. In this way, SJ extends the life of the trains by 20-25 years, which earn both the company’s economy and the environment from a “green” perspective.

The new bistro now becomes a natural meeting point on board, where travelers can take part in SJ’s new “food” concept, focusing on organized and seasoned raw materials with the KRAV label (KRAV is Sweden’s best-known eco-label for food, the KRAV mark shows that a product is produced on an ecological basis with extra high demands on animal care, health, social responsibility and climate impact).

A new onboard digital signage system shows travel information. Ventilation improves and trains get fast Wi-Fi. In addition, a new door control is installed, so that the passage between the trolleys is even easier.

SJ (formally SJ AB) is a government-owned passenger train operator in Sweden. SJ was created in 2000, out of the public transport division of Statens Järnvägar, when the former government agency was divided into six separate government-owned limited companies. In 2018 SJ carried 31.8 million passengers.

X2000 serves for higher speed trains, with a top speed of 200 km/h, and tilts during high speed turns. The trains serve the Stockholm-Gothenburg (Västra Stambanan), Stockholm-Malmö-Copenhagen (Södra Stambanan and Öresund Line), Stockholm-Sundsvall and, seasonally, Stockholm-Strömstad, Stockholm-Oslo and Stockholm-Östersund-(Duved) lines. There are about 40 X2 sets in service. X55 is a newer train introduced in 2012.

The premiere tour of the first new X 2000 will take place in 2020. In 2021, all X 2000 will have a new interior, new chairs, a new bistro, new digital screens and new technical systems. The development of the new X 2000 is a billion investment and it is important that customers and staff can give their views on what we are developing at an early stage. Later this year, all new technical equipment will also be tested. Then comes the design of the new bistro wagon as well as new digital screens. Those who already want to see what the new trains will look like can take a look at our VR movie under represented. The film, which has been developed by Rayvr and SJ Labs, takes you through 2 classes, via bistro and on to 1 class.

The new bistro made by Multi Rail

Extending over a total area of ​​60 square meters the new bistro on SJ’s X2000 train provides on one side a large self-service display case for the housing of hot and cold foods stored in special compartments, as well as the availability of chilled beverages on high capacity refrigeration systems. On the other hand, there are storage units with shelves inserted in a reduced size between one window and the other, giving ample space and an atmosphere to the entire compartment.

Under represented some technical phases of design, development, production and assembly of structural parts of the new SJ Swedish Railways bistro on the new X 2000 trains by Multi Rail technicians: 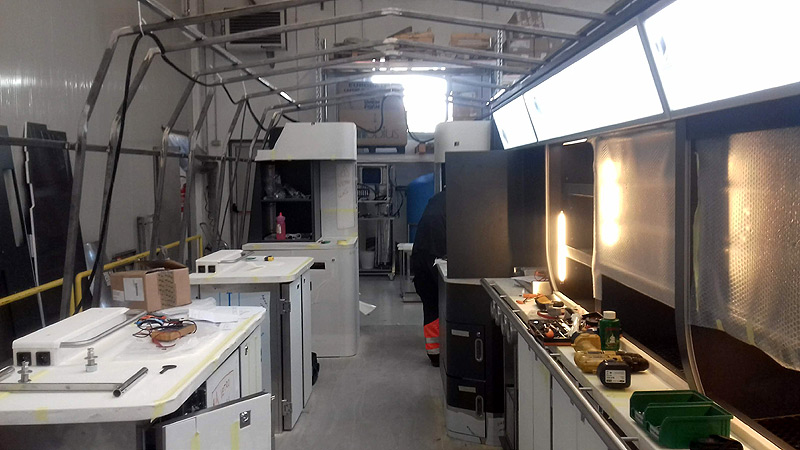 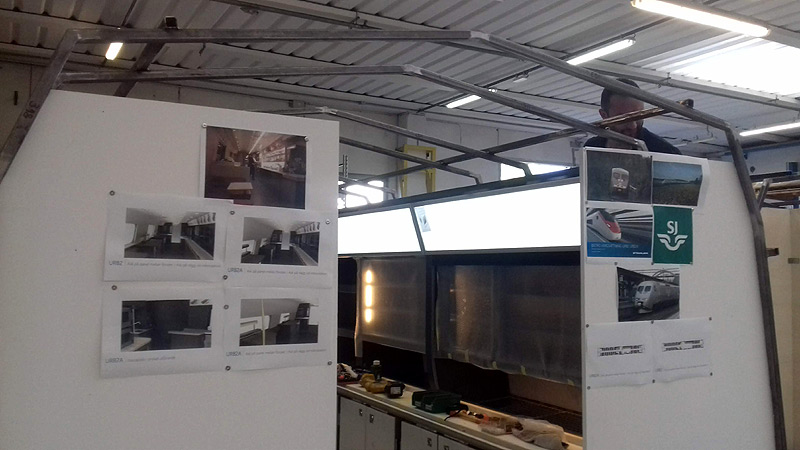 Render of an example of the final construction set: 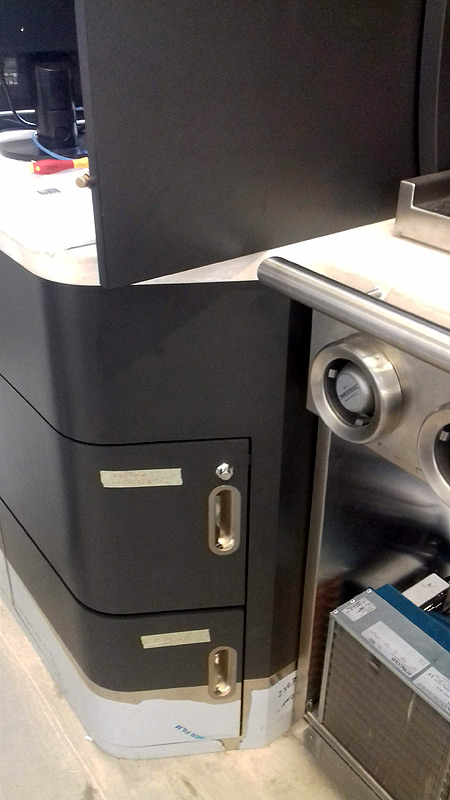 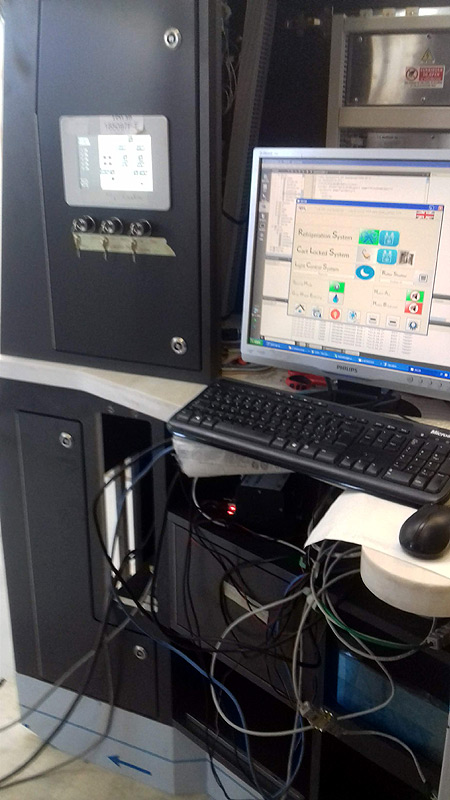 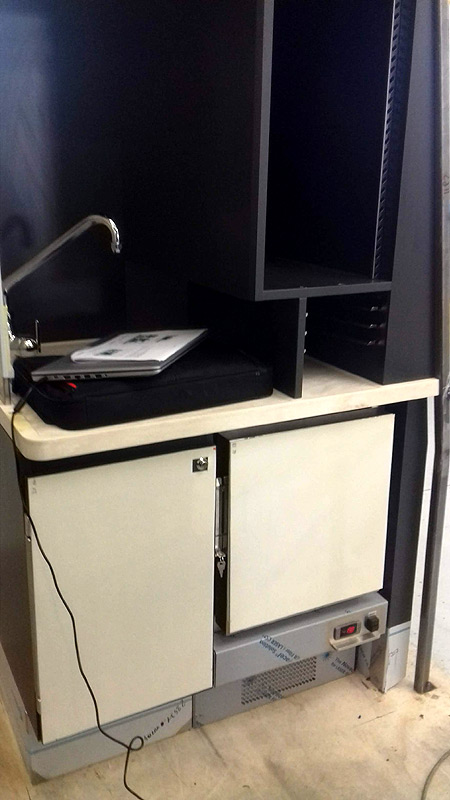 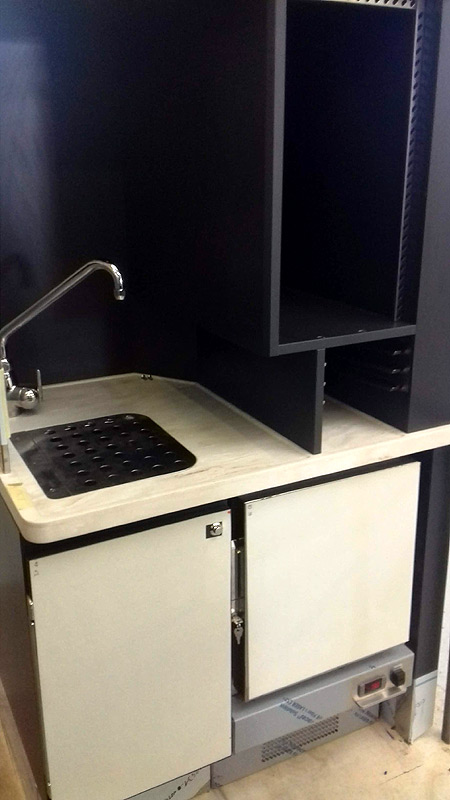 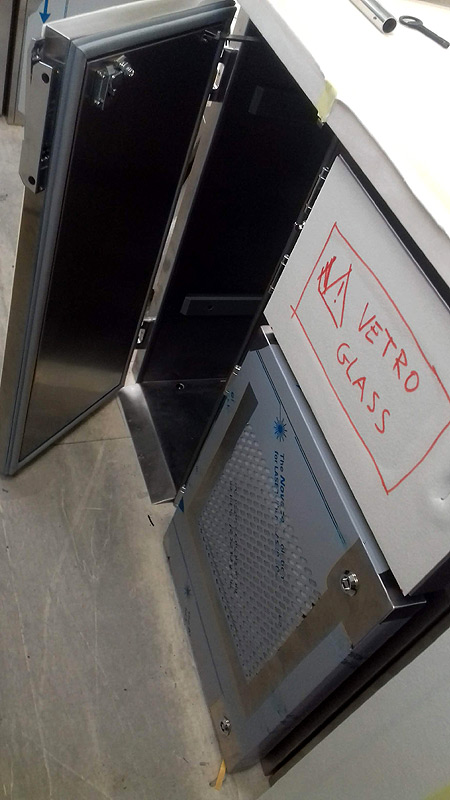 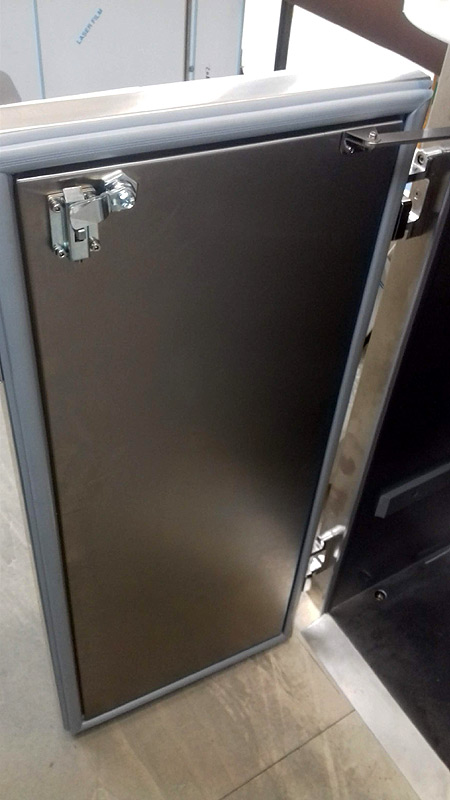 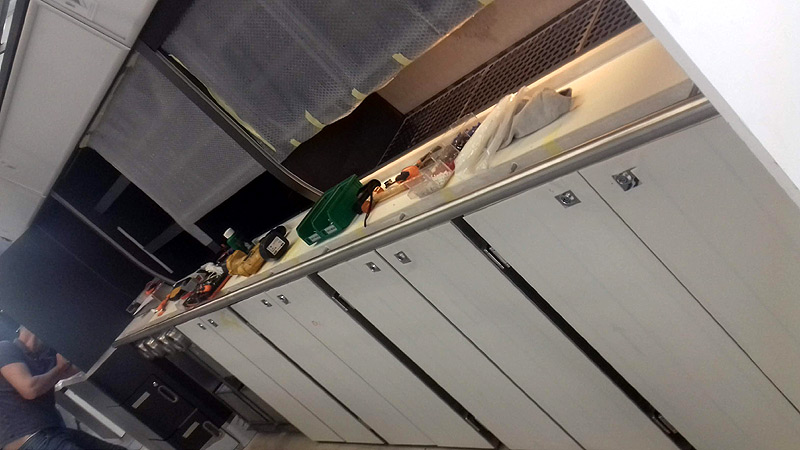 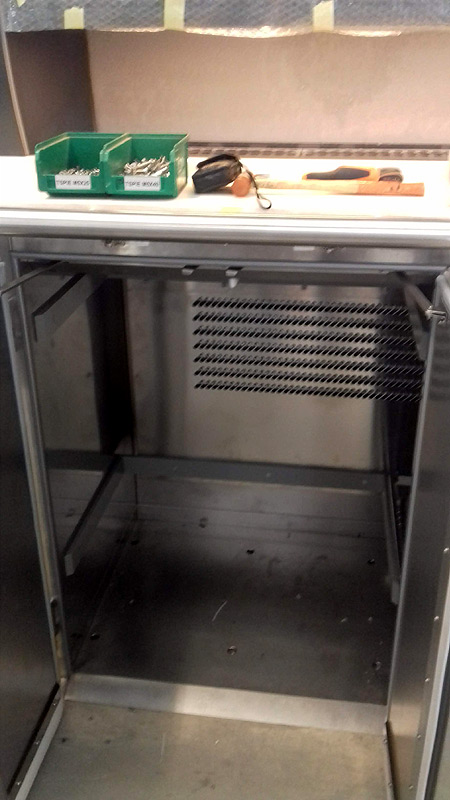 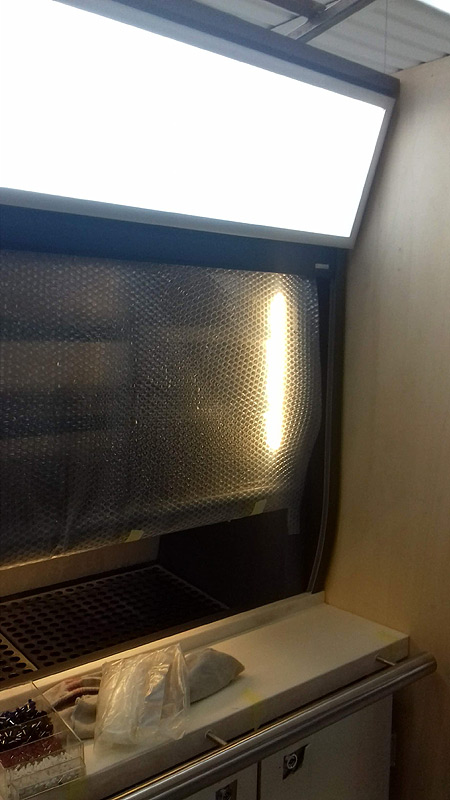 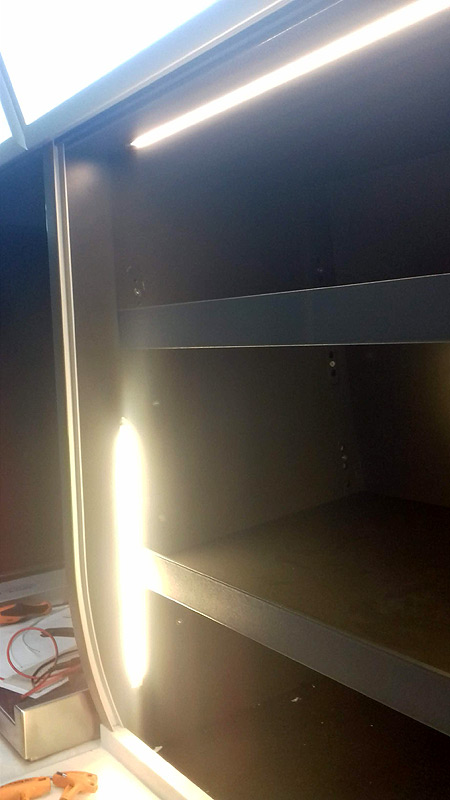 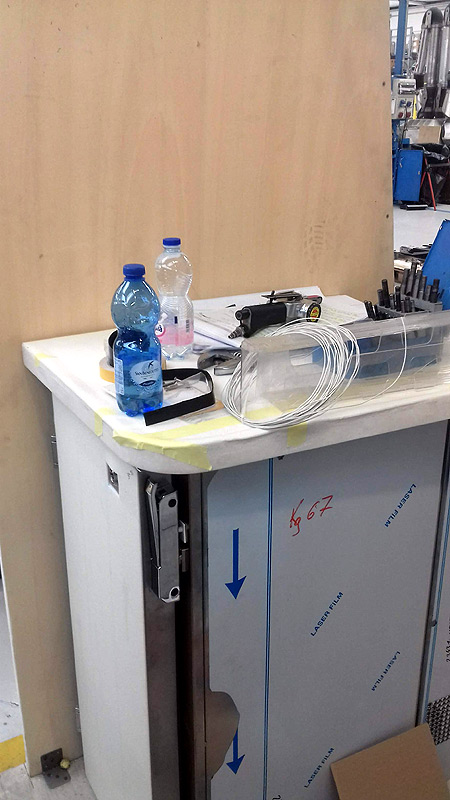 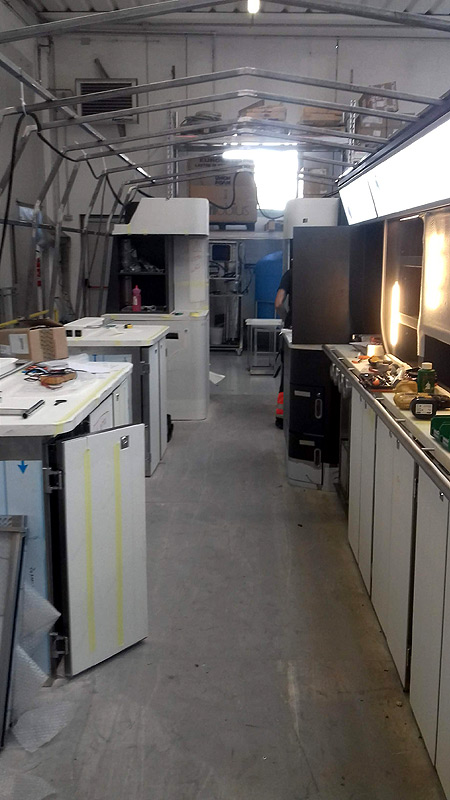 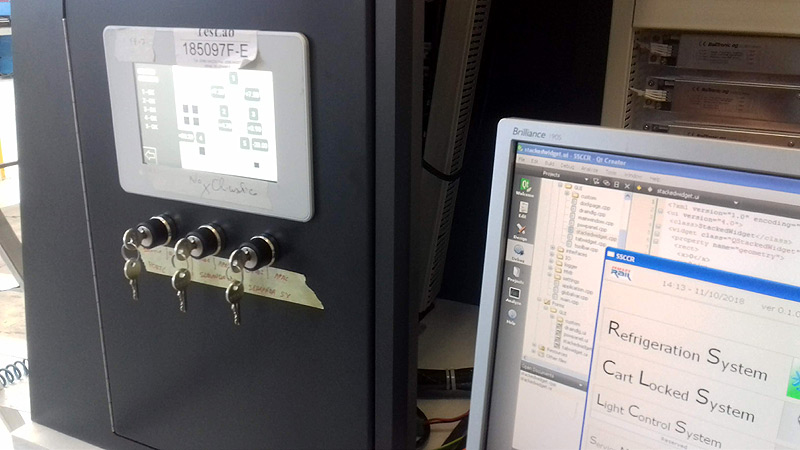 Multi Rail has designed, developed and produced the new bistro for the X2000 fleet train for SJ, the Swedish State Railway Company with Stadler