Metropolitane thermal energy. A study by the Lausanne Polytechnic 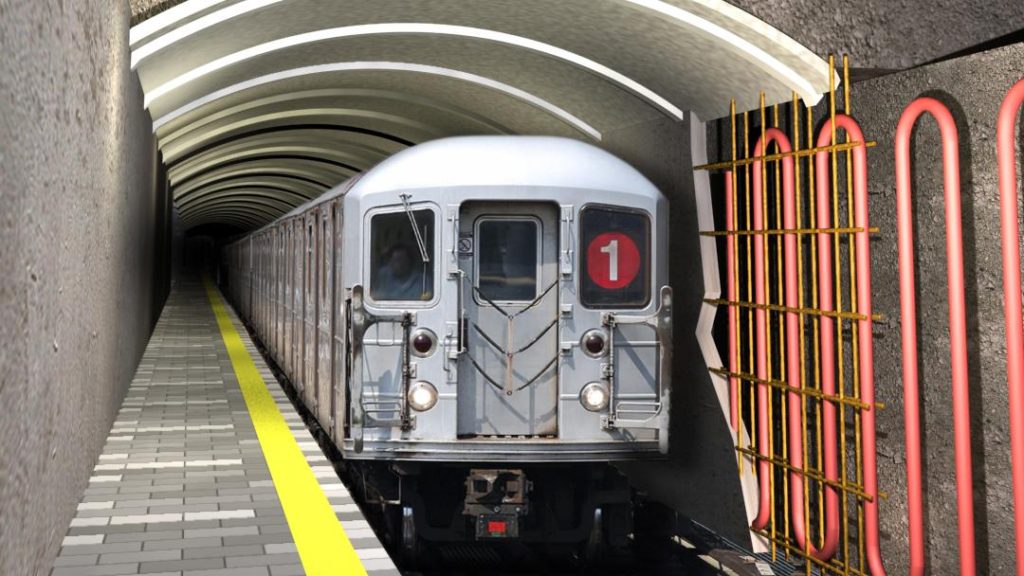 The authoritative scientific magazine Applied Thermal Engineering has recently published a study carried out by researchers from the Polytechnic University of Lausanne (EPFL) regarding the precise amount of heat developed inside the metro tunnels and the possibility of using it as a heating system for buildings in surfaces.

The air inside the metropolitan tunnels heats up due to the energy generated by the trains during the braking and acceleration phases and to the heat normally radiated from the ground. Until recently it was not possible to measure the heat thus accumulated from the air but the EPFL researchers have finally found the system to determine it precisely and have put forward an interesting proposal on how to reuse it.

The research team has already created a model applicable to the M3 line that will soon be built in Lausanne: installing the heat recovery system on 50-60% of the line (about 60 thousand square meters of tunnel) could cover the heat requirement of 1,500 normal apartments of 80sqm. Margaux Peltier, scientific assistant to the project, explains that the system would even allow to conserve the accumulated heat to reuse it in the moment of need, “Avoiding the use of fossil fuels for heating systems would reduce the CO2 production of the city by 2 million tons per year ”he adds.

In a similar way to that of a refrigerator, coils inserted in the walls of the galleries at regular intervals, filled with heat-conducting liquid or simple water, and connected to heat pumps, could convey the energy towards the surface. According to the researchers the system would be relatively inexpensive and would have a life span of 50-100 years while heat pumps should be replaced every 25 years.

But, acting contrary to what happens in winter, this plant would work even in summer “The tunnel would behave with high efficiency air conditioning / heating system active all year” concludes Margaux Peltier.

The technology for the realization of the project is already available today, it remains to be seen how the administrations and companies involved in the development of underground railway systems will respond.