Predictive maps to reduce noise pollution in the railway network 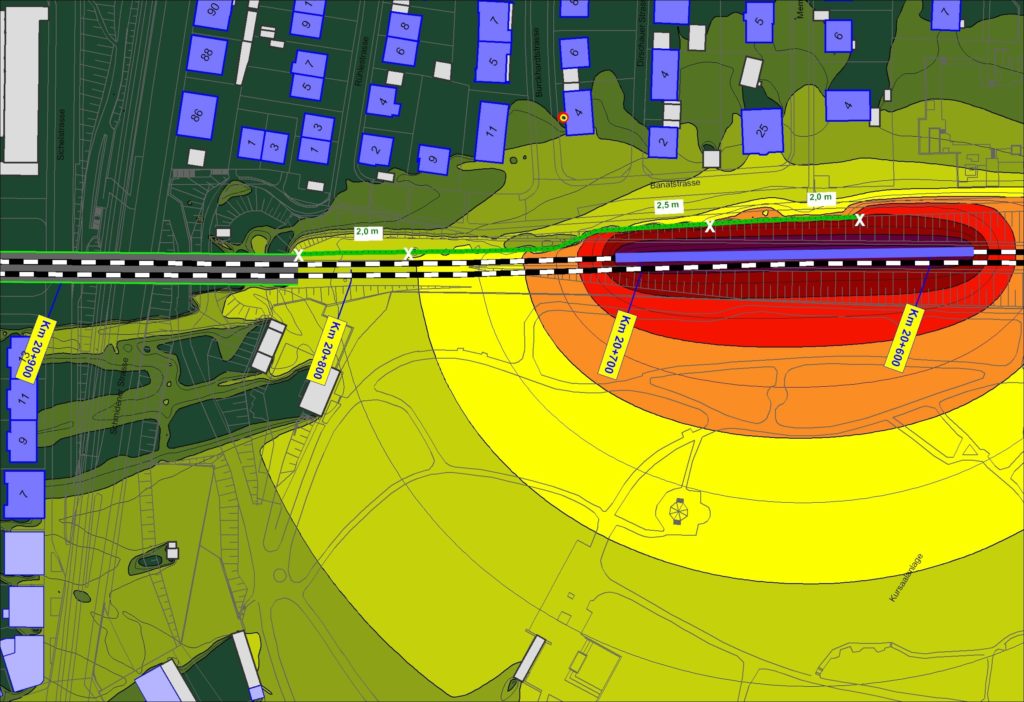 If the increase in rail transport has brought obvious advantages in terms of reducing CO2 emissions, the issue of the consequent noise pollution has become an important challenge of non-secondary importance. Rail traffic, especially near stations or in and out of tunnels, produces noise that can put the health of those who live and work nearby at risk.

According to findings from the Centers for Disease Control and Prevention, prolonged exposure to sounds exceeding 85 dB can cause permanent hearing damage. For this reason, railway companies are required to comply with standards and regulations aimed at safeguarding the safety of employees engaged in activities in the vicinity of areas at risk of noise.

In Europe, a noise mapping system called Common Noise Assessment Methods has been introduced that provides for the creation of specific sound maps for the main railway traffic lines. To make the sound suppression systems put in place for the safety of the exposed areas more effective, a German company called SoundPLAN GmBH created a software called SoundPLAN used to identify causes, location and propagation of noises.

But how does this software work? The system compares the data collected relating to the type of rails, the trains involved, the frequency of passage, the size and speed, returning a graphic representation that uses different colors to indicate the intensity of the noise levels.

Project director Jochen Schaal explains how railway companies are able to deal with municipalities, local administrations and environmental bodies to implement effective countermeasures to noise pollution due to rail traffic through this calculation of sound diffusion and impact.

According to the European regulation for environmental noise, the German Federal Railways Authority, the Eisenbahn-Bundesamt (EBA), is required to create sound maps for the national territory every five years. the EBA has recently concluded the third round of mapping involving more than 100,000 residents and 30,000 trains per year.

Thanks to the results obtained, the foundations were laid for the creation of a database that could enable the entities involved at the global level to implement adequate countermeasures to noise pollution, optimizing efforts and economic resources.

Although rail transport is the most sustainable transport system, noise pollution is still a problem to be solved. New digital mapping systems can help reduce the sound impact on urban areas